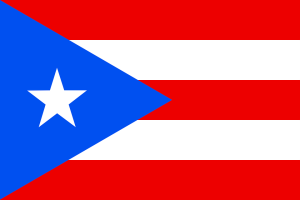 Jose Rivera better known by his comrades in the City of Newark by his nick name ‘Samoa,’ but also recognize by a few as Saturnino Rivera Goden was Born in Puerto Rico on February 24th 1942 and migrated to New Jersey just in his twenties. There he started his life journey as a father, and continued his journey becoming a life time friend and  beloved human being to many who traveled in his path. Very well respected, loved, and adored by many in his community including, but not limited to his immediate family; especially his younger son, who he often expressed proud excitement for by introducing him to many of his friends and even people he didn’t know, as (In a heavy Spanish accent: “Mai Son, Mai Son” as he pointed towards his baby boy whom was hardly a baby anymore but a grown man.

He was indeed a proud father of three but often had the greater intention of saying he was a proud father of four, as he had duly recognized his step daughter as being one of his own, so much so he even legally gave her the Rivera last name, although he did not see much of his daughters and older son from his first marriage he was in fact really looking forward to see them during his final days right before his passing. “Los quiero a todos, y quiero ver a toda mi familia” as he made mention several weeks before becoming terminally ill.

Jose Rivera ‘Samoa’ enjoyed his Golden years listening to latin music such as salsa and merengue and spent much of his time with the people he felt beloved by all while slipping in a few good games of ‘Dominos’ during summers days and nights, shouting out the winning phrase, ‘Capicu!’ It was really one of his favorite pass times.

Jose Rivera, ‘Samoa’ was really a rare gem of a human being, he not only shared his time with the people he loved, but he also shared his passion and wealth of knowledge in old school Puerto Rican cooking with some of his favorite recipes like ‘Ceviche de pescado, Aroz con guandules, mogejita al cavechi, igado con cebolla; which happens to be his  sister’s all time favorite dish, and let’s not forget the Rivera old time favorite; pasteles de yuca; which he wrapped in banana leaves to give it that authentic island flavor’

Most would remember him as sincere, honest, trustworthy, and someone they could open up to and depend on in a time of need. If he could help you, he would do just that. Others certainly remember him for his free spirit ‘Que Sea Lo Que Quiera Dios!’ he would say during good and difficult times, as he was always certain that God would  be the only one who could pave the way.

He will be dearly missed by all of his family and close friends, as his journey continues forward towards a more heavenly spiritual realm.

To send flowers to the family or plant a tree in memory of Jose Rivera, please visit our floral store.